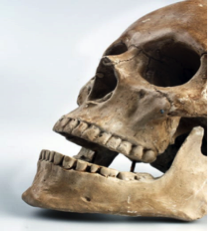 The Virginia Rules of Evidence[1] include a peculiar rule commonly referred to as either the Dead Man’s Rule or the Dead Man’s Statute. When applied in a medical malpractice lawsuit, it can have a profound impact on the outcome of a case. In part, Virginia’s Dead Man’s Statute provides: “In any action by or against a person who . . . is incapable of testifying . . . no judgment or decree shall be rendered in favor of an adverse or interested party founded on his uncorroborated testimony.”[2] The statute was designed to prevent a party from testifying about statements made by a deceased opponent because that opponent has no opportunity to refute any such statement.[3] As a practical matter, the statute prevents physicians from defending themselves with testimony of what they told their now deceased patients unless those statements were contemporaneously documented.

The impact of Virginia’s Dead Man’s Statute on defending a physician’s medical malpractice lawsuit is illustrated in Diehl v. Butts. This case was appealed to the Supreme Court of Virginia on the basis that the Dead Man’s Statute barred the admission of a physician’s testimony about a conversation he had with his patient because there was not sufficient corroborating evidence.

In Diehl, the plaintiff injured his head after falling from his bicycle and sought treatment for a possible concussion. A CT scan of the patient’s head was ordered and he was referred to neurosurgery. Radiology interpreted the CT and documented subdural hematoma on the right side of the patient’s head and a cranial skeletal fracture.

Three days later, the patient flew to Louisiana for work and while there he experienced headaches, nausea, and dizziness. He returned to Virginia and scheduled an appointment with neurosurgery for the following day. The next morning, his wife was unable to awaken him and he was transported to a hospital where he was diagnosed with cerebral herniation secondary to subacute subdural hematoma. He remained in a coma for two months and was placed in a health care facility for two years.

At trial, in maintaining the defendant neurosurgeon did not breach the standard of care, his experts relied on his statements that when he was with the patient he gave medical advice on symptoms and told the patient not to return to work. The plaintiff, relying on the Dead Man’s Statute argued that the neurosurgeon’s testimony about his conversations with the patient, when no one else was present, was not sufficiently corroborated. As corroborating evidence, the defendant had offered the testimony of the patient’s neighbor who said that the patient made “a statement that a doctor told him not to return to work for a couple of weeks or whatever . . . it could have been a couple of days.”

The court held that when a confidential relationship exists between the parties, such as the relationship between a physician and patient, a higher degree of corroboration is required to satisfy the Dead Man’s Statute.[4] The court further held that the neighbor’s statement along with other evidence was not sufficient to provide the degree of corroboration required by the Dead Man’s Statute.[5] The circuit court ruling was reversed and the case was remanded for a new trial.[6] The circuit court was directed not to admit into evidence conversations between the neurosurgeon and patient.[7] The neurosurgeon’s expert witness opinion testimony that relied on the conversation between the neurosurgeon and patient was also deemed inadmissible.[8]

This case is instructive because it highlights how important adequate documentation is to defending a medical malpractice lawsuit. Fulfilling the high degree of corroboration required when there is a patient-physician relationship may be accomplished through documenting those conversations in the patient’s medical record. The second paragraph of Virginia’s Dead Man’s statute provides “an entry authored by an adverse or interested party contained in a business record may be competent evidence for corroboration of the testimony of an adverse or interested party.”[9] Typically, medical records are considered business records; therefore, if conversations with a patient are well documented, those could be used to support the corroboration element necessary for a conversation with a deceased patient to be admissible evidence. Had the neurosurgeon documented his conversations with the patient, it would have moved the pendulum closer to admitting those vital statements into evidence.